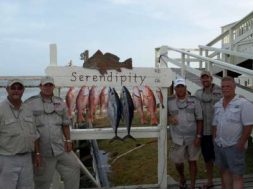 They say some service men and women return from war with a thousand-yard stare. But perhaps the first step toward curing the post-war blues comes with a hunt, a return to nature and perhaps even that quintessential trophy deer, fish or even bear. That’s why a collaboration of several Texas groups banded together to host a concert at 7 tonight at Dos Amigos Cantina. Starring at tonight’s show are country music’s long-standing good guy Neal McCoy and a special guest appearance by Kyle Park. But these country boys will be singing for more than just a good time. The concert will be presented by the nonprofit U.S. veteran organization Hunts for Heroes, which is sponsoring the soon-to-debut Fox Sports Net show “Veteran Outdoors,” and some proceeds will go toward taking wounded veterans – physical and psychological – back to the thrill of a hunt. Cody Hirt, an Austin man who will co-host “Veteran Outdoors” – which is slated to premiere at 7 a.m. July 4 on FSN – said he and his co-host, war veteran Wes Higgins, began taking veterans to faraway places to hunt four or five years ago when Higgins returned from serving in the Iraq War.

Higgins then introduced Hirt to other veterans who suffered serious physical or psychological trauma and were in dire need of getting away from the hardships of being a veteran. “We’ve taken everyone from double-leg amputees to post traumatic stress disorder,” Hirt said. “It’s not always what you see on the outside that’s wrong with these guys, and the healing effects of nature are just unbelievable.” The two began taking the veterans on hunting trips, he said, and that’s how the show was born. “Your perspective and outlook on life completely changes just by being around these guys,” Hirt said. “After a couple of years of taking these guys out on hunts and trips, we just sat down and said, ‘Look, we’ve got to tell more people about these stories.’ ” During the course of taping the show, he said, he and Higgins, who’s also Hirt’s brother-in-law, strived to create an opportunity for the veterans to tell their own stories, a different approach than the more common story told through the media.

“Wes and I don’t have any star power, so we’ve never brought in anybody famous or anything,” Hirt said. “We just wanted to let them tell their own story in their own words and tell them thank you by taking them on that dream trip they never thought they be able to get, whether that’s bear hunting in Alaska or fishing for the first time.” Kyle Park, who is scheduled to perform with McCoy tonight, said it is his pleasure to perform for a good cause. “Veteran Outdoors” also has the added benefit of depth, which viewers should enjoy, Park said. “It’s always a complete surprise for the hunters, which is so cool,” he said about the television show. “It’s not some celebrity or just some dude, it’s a person with a personality.” Tonight’s concert, Hirt said, should raise funds for Hunts for Heroes, the show’s sponsor that takes veterans out on a regular bases, sans the camera and public spotlight. He said the nonprofit organization may not be able to take every veteran on his or her dream hunt, but most go through their rehabilitation program looking forward to the opportunity just to get out and return to a peaceful and normal life. But, because the show is still in its infancy and has yet to sign more sponsors, Hirt said Hunts for Heroes needs all the money it can get to fund both its own hunts and its share of the show’s more extravagant on-camera expeditions.

“There are not a lot of people that buy into a first-year show,” he said. “Something like 76 percent of first-year shows fail, and the reason they do is because of financing, which is kind of a double-edged sword. If you can make it to your second year, then sponsors really step up and help you out.” In the mean time, however, Hirt encouraged West Texans to come out and show their support for U.S. troops, which they do almost without fail. “There’s a sense of pride out in West Texas that we’re all born with and the people out there still have,” he said. “Man, I’ve been all around the U.S. , and nobody has that sense of pride. It’s partly because we’re Texan, and it’s partly because we’re the hometown of George W. (Bush), and we take a lot of pride in what we do and our honor and our country.” 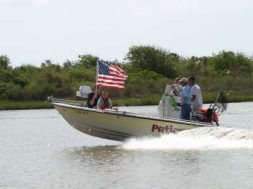 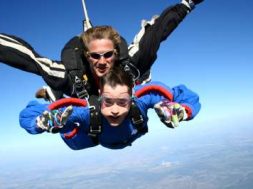 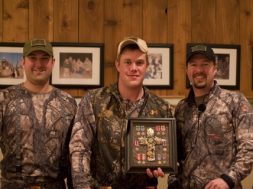 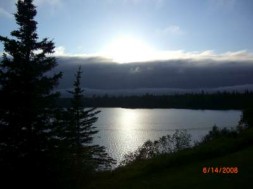